Be Flexible and Avoid Resentment
by Donna Baver Rovito 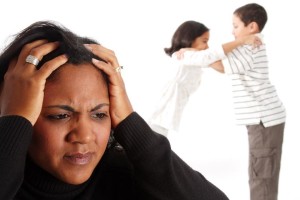 (Editor’s Note: This blog originally ran in July 2014; we’re reposting it as many physician families are currently experiencing transitions which can cause stress and resentment in their relationships.)

Recently, a young intern’s wife expressed her frustration and despair to her new resident husband, during the fifth week of his internship, telling him that residency is so much harder than she’d expected, and that it’s difficult for her to handle their children on her own all the time.

That conversation could have, and probably did, happen in thousands of other homes and hospitals throughout the nation, as physician families moved into the residency stage of the medical journey this month, or as premed students moved into medical school, or as newly graduated residents moved into active practice.

Luckily, there was a happy ending for this particular young couple.  The thoughtful intern, having recently encountered Physician Family’s most recent blog post entitled “So You Married a Physician” on a Facebook page, sent a link to the informative and encouraging piece to his distressed wife.  Several aspects of the blog, penned by medical marriage experts Julia, Mary and Wayne Sotile, made her feel better – so she decided to share the piece with other medical spouses on a Facebook page dedicated to supporting physicians’ spouses.

This story made our little team VERY happy, because this incident is exactly why we created Physician Family, to provide support and information for medical families at all stages of life with a doctor. Kudos to the smart and considerate young doctor who not only supported his wife, but sent her a practical tool to help her through a rough patch. 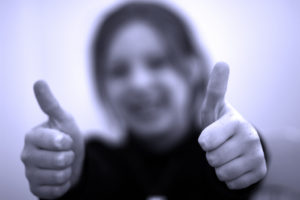 There was an important point in the Sotile’s blog post (http://www.physicianfamilymedia.org/uncategorized/married-physician) which I’ve encountered many times in recent months, and which I believe is THE KEY to maintaining a satisfying and happy relationship with a doctor. They wrote: “Keep your eye on the meaning of the journey. Remembering that you are engaged in a noble profession and that, as a couple and a family, you are contributing to the world may sound homespun, but it is key to avoiding demoralization and resentment.”

In the first issue of Physician Family, resident spouse Tiffany Sweeney articulated this idea in her Top Ten List for Surviving Residency (http://bluetoad.com/publication/?i=211676&p=14[bluetoad.com]). “Be Flexible. Remember, the reliability of sick and injured patients is, well, unreliable. You never know when your resident will be home really late or if he or she will be called in. Always have a back-up plan, and try not to place blame on him or her. Sickness, injury, and trauma are not the fault of your doctor.”

Earlier this week, I encountered another piece, written by a physician spouse who also happens to be a Licensed Marriage and Family Therapist (LMFT) so she’s uniquely qualified to offer advice about sharing life with a doctor.

Kim Blackham’s piece, “10 Things I Learned While My Husband was a Surgery Resident” (http://www.kimblackham.com/surviving-residency-10-things-learned-husband-surgery-resident), appears on her personal blog and has been widely shared among physician families this week.  Outstanding advice fills this clickable series of lessons, but it is Lesson Six which really resonates with me: “Choose to not be Resentful. Be Flexible and Understanding Instead.” 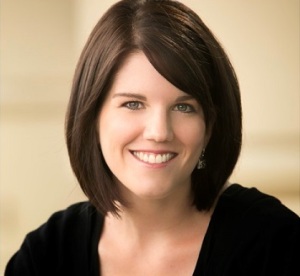 Kim recounts her realization that it must be really hard for her doctor to call and tell her that something out of his control is preventing him from being with his family. She writes: “Had I gotten angry or hurt at something that was so totally out of his control, it would have spiraled us into disconnection. Years of that would have torn us apart. Before residency started, I made a commitment that I would NEVER RESENT HIM.”

Kim believes, as I do, that NOT allowing yourself to resent the doctor you love for things he or she simply cannot control is the single most important aspect of maintaining a relationship with a doctor.

She ends that lesson with this: “I never once blamed him for being gone. There were times I was mad at the system for sure, but I was never angry at him. He had absolutely no control over it. Being angry at him would have destroyed our marriage and still wouldn’t have brought him home. (Incidentally, being angry at the system didn’t impact his work hours either – should have saved my energy.)”

Avoiding demoralization and resentment, and trying not to blame the doctor for the long hours and lack of predictability are vital, and sometimes, they’re really, REALLY hard to manage. But those of us who choose to spend our lives with a doctor must find ways to do it, because the doctor is already struggling with his or her own feelings of disappointment and guilt for not always being there for the family.

My doctor and I were married a week after he graduated from medical school, over 31 years ago, following six years long distance. A few months before the wedding, my best friend’s mom, a beautiful and elegant mother of six, wife of a dedicated surgeon, community volunteer and magnificent role model, had “the talk” with me.

“He won’t be home for Christmas or Thanksgiving or other important holidays, “she said. “He’s going to miss your birthday and your anniversary. He won’t make it to your children’s class plays or sporting events or band concerts, and you’ll burn dinner lots of nights trying to hold it for him.”  Several more examples later, I was ready to run, but she wasn’t finished.  “And if you can’t handle all of that WITHOUT MAKING HIM FEEL BAD ABOUT IT, don’t you dare walk down that aisle.” I took a deep breath and said, “I think I can do that.” She smiled. “I think you can, too. But you need to know that no matter how badly you might feel about something he’ll miss, he’ll feel WORSE, and it’s up to you to let him know that you understand and it’s OK. The job has to come first, because people’s lives depend on him.”

I’ve repeated that story more often than I can count, to as many young physician boyfriends or girlfriends or husbands or wives I can. I took that important advice to heart, and have made a sincere effort NOT to dump negative feelings I might have about his absences on him. I’ve trained our sons to do the same, from the time I first heard “But WHY isn’t Daddy home yet?” (That’s a conversation for a whole other blog.)

Oh, trust me, I dump, but not on him. That’s why it’s so important that we have people in our lives who “get it” because they also live it. After all, we’re only human and if we store up all of that negative energy, our heads might explode one day – or, we may eventually vent it on the one person on whom we should never vent it – our doctor.

So where can we do that? Enter physician spouse groups – a vital resource. I connected with other residents’ spouses the day my doctor started residency at a hospital welcome event, and 31 years later many of those people are still close friends. I joined the local medical society alliance at the urging of that same friend’s mom when she served as president of our state medical society alliance. I got involved with advocacy for health care and other activities which helped to connect me with other members of the family of medicine. 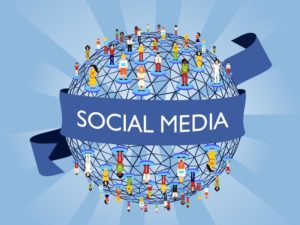 Today, there are even more opportunities for people who live with a doctor to connect with each other. Social media makes reaching out to other physician spouses a click away. Hundreds of local Alliance and other spouses’ groups connect regularly. (Check out the AMA Alliance at www.amaalliance.org) If you can’t find a group, start one!

Physician family members seek each other out, I believe, because at some internal level, we ALL realize that we have to share our frustration and disappointment – but NOT to share it with the doctor we love.  Better by far to share the good things in the limited time we have together.

We hope that Physician Family helps all of you manage the difficulties and find the joys of the medical journey that we’re all on together. 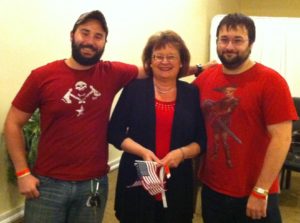 Donna Baver Rovito is the Editor of Physician Family and has been married to her surgeon husband for 35 years and has been involved with the AMA, Pennsylvania and Lehigh County Medical Society Alliances for almost two decades. They have two sons, Tony and Peter.

One thought on “Be Flexible and Avoid Resentment”