(Editor’s Note: This post originally appeared here on KevinMD. Stay tuned for more of Wendi’s original work on the Physician Family blog and to read more of her previously published writing, visit her personal blog.)

I thank God every day that a doctor had the audacity to say to me, “You are going to have to learn to live with this.”

I was 21. Newly married. And covered, from head to toe, in a burning, painful, itchy rash.

I was sitting on a table, decked in a gown, with my husband in a chair by my side. I was back for the third time, and it was obvious that the dermatologist managing my care was growing more frustrated each time I returned even worse than the time before.

His words came out as if in slow motion.

“You are going to have to live with this.”

And then he was gone.

I held it together until we got to our car, and then I absolutely lost it. I was sobbing. I was wearing turtleneck sweaters in the middle of summer and was so uncomfortable I was growing depressed. How could I live like this? Forever?

I looked over at my husband and surprisingly, he was not sad.

Instead, the look on his face was one of determination.

As we pulled into the house and he raced inside, I witnessed a man on a mission.

The next two weeks were devoted to just one thing: figuring out what was wrong with me. John began scouring articles, reading books, making phone calls. The Internet was still coming into being so most of what he researched was done the old-fashioned way: at the library. John suggested we remove all perfumes from our house and my burning rashes, a result of what we later found out was an allergy to something called Balsam of Peru, disappeared.

My husband was never the same.

We were high school sweethearts from lower middle-class families. We never knew a doctor other than the ones we went to. There was no money for college in either of our families. He attended an Art School on a full scholarship, and I attended a University on a basketball scholarship. Without those scholarships, we would have worked our way through school or not gone at all.

And today, I am a doctor’s wife.

I can still remember the moment that my husband turned to me and said, “Doctors are people too. I think I can be one.”

I often wish I could wear a shirt that says, “Wait! You don’t know the whole story!” when it surfaces that my husband is a doctor. We were very regular people, living very regular lives, and we decided that being a doctor wasn’t nearly as non-regular as we thought.

Paying for medical school was, obviously, a huge mountain. My husband did some research, came home, and asked me what I thought about being a military wife too. The Air Force paid for him to attend Mayo Medical School in Rochester, Minnesota, and then he served four years for the military in Turkey and Portugal.

Today, my husband is a family medicine trained physician working in rural Tennessee in emergency medicine. Not only is he a good doctor, but he is a kind doctor who treats all of his patients with dignity and respect. He has not forgotten where we came from or the too-busy physician that unintentionally inspired him to follow his dream.

I write this piece for two reasons.

The first is to humanize your physician. They are real people. They live real lives. And the majority of them are people, much like my husband, who are in this field not for the money, but to make a difference in the lives of the people they meet. They are not perfect. But they try as hard as they can do the very best job they can.

The second is to encourage other young people to not think less of yourself than you should. Do not put anyone on a pedestal. Do not think of doctors as anything more than human beings who decided to study hard so that they can help people. Many people told my husband that he was smart enough to pursue any field he chose. But he didn’t believe them. He believed he belonged in a certain class. That certain jobs were reserved for certain kinds of people. And that he wasn’t that kind of person.

You truly can chase your dreams.

And make the world a better place in the process. 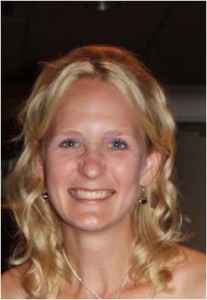 Wendi Kitsteiner is married to a family medicine physician working in emergency medicine in rural Tennessee. They have settled on a 100-acre farm where Wendi home schools their children. You can learn more about Wendi here on her personal blog.

One thought on “Humanize Your Physician: They Are Real People”