Micro Mayhem and Middle of the Night Conversations – 2:54 AM
By Carly Huegelmann-Robertson 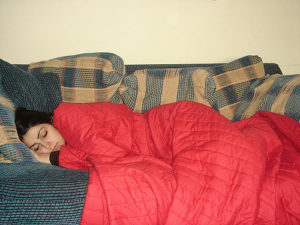 I’m sleeping on the couch tonight because it’s Tuesday and Wednesday at 7 AM. is the huge Micro exam. He needs an A. The refrigerator calendar has warned of this ominous date for weeks and now the test is only hours away. Micro is his nemesis.  If it was Pharmacology or O.M.M. he would have only studied until 1 or 2 AM and I’d be sleeping in our bed, but with Micro, he won’t sleep at all. Our two bedroom bungalow doesn’t afford the luxury of study space, so our bedroom has been converted into a mini-library of brick thick medical books and three by three white presentation paper filled with drawings and notes of things I cannot pronounce, not with confidence anyway. When he does this with the room, it always reminds me of Will Hunting writing equations across mirrors. Now, I am used to it, but when he first began this, it felt like I was teleported through some portal into a galaxy where my brain lacked the capacity to understand this foreign language.

I can smell another pot of coffee on, a contrast to middle-of-the night smells; unlike the obligatory dusty heat of the radiator kicking up the vintage sound of warmth.

Just when sleep is about to invade, I’m awakened by the sound of footy pajama-feet shuffling across the hardwood floor.  This time, it’s Patrick (last night it was Elle). He’s headed for the galaxy portal and doesn’t notice me on the couch.  I can see his three year old shadow cross the rectangle shaped light falling from the room into the darkened living room. I hear Shawn’s chair squeak as he turns around. 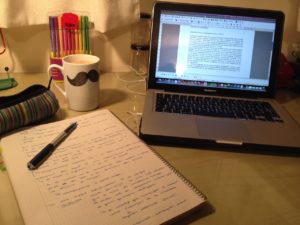 “Hi, Daddy,” Patrick’s voice is mumbled with sleep. This is the first time they’ve seen each other in three days. Finals is a grueling time for a second year med student. I hear Patrick climbing into Shawn’s lap.

“Whatcha dream about?” Shawn asks. This is his prompt. I can hear Shawn rest his glasses atop the desk and imagine him rubbing his eyes, as he transitions from student mode to Dad mode. Patrick answers with his inherent childhood improvisation talents.

“There were five monsters and they were green and scary. They had sharp teeth.” 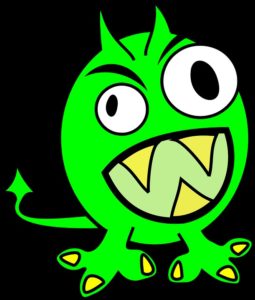 This is their time.

The sound of the dry erase marker squeaking across the whiteboard has paused. The thin pages of textbook reading has quieted. Shawn is listening as Patrick explain his dream. This is a weekly occurrence. Our children’s early childhood is rooted in the half-light of all-night study sessions.  Their whispers permeate through me like hushed, unfiltered truth.

When Shawn and I made the decision that he would pursue med school, I was met with strange complex facial expressions from nearly everyone. We were a couple with two young children, living paycheck to paycheck during the worst economy since the great depression.

“How will you pay your bills?”

“They kids will never see him.”

“I heard that kind of stress kills relationships.”

To a certain extent these remarks were true. However, I have come to discover that the dedication and warrior-like mentality of people who commit to such an undertaking allows rare and unfaltering opportunities to unfold.

Example one: our kids play “studying.” They spread books across the floor, take out paper and doodle all over them. They think books are the coolest thing because it’s their connection to Dad. Instead of sleeping with a stuffed animal or blanket, Patrick insists on Douglas Adams’ The Hitchhikers Guide to the Universe, because it closely resembles Netter’s Atlas of Human Anatomy. He carries it everywhere. Even to bed. When they play house, whoever is Dad wears a school bag. 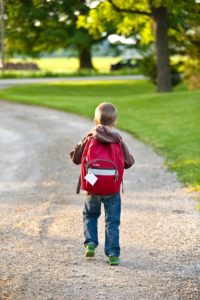 Elle’s favorite joke is, “Did you hear the one about the germ? Never mind, I don’t want to spread it all over.”  I adore her tenacity to keep telling the joke even though she never gets many laughs. There’s a Finnish word “Sisu,” that loosely translates to finding determination in the face of adversity and reminds me of the power of genetics and Shawn’s fascination with the inner-workings of the human body.

In the first year of med school Shawn lost 15 pounds, always wore dark circles under his eyes and his walk resembled that of a zombie. Still though, it felt like the right decision. Our kids didn’t willingly sign up for this sacrifice, but it has offered them something we could never teach them through words alone. Both education and “Sisu” are coveted gifts, now threaded through the core of our family. 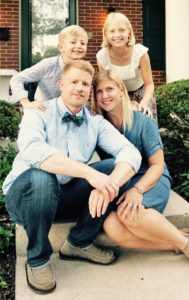 Carly Huegelmann is a writer and College English teacher who has been published in Story Week Reader, Composition Unbound, 2nd Story, and Chicago Parent. She’s also the co-founder of RUI: Chicago’s Best Literary  Reading Series. Carly has been chronicling her husband’s medical school journey since it began in 2010. They have two young children, which adds another layer to their chaotic and beautiful lives. Her husband is a second year ER resident in Chicago. Eight years down, two and a half to go.

(Editor’s Note: This piece is an excerpt from Carly’s book, Married to Madness: One Family’s Journey through the Rigors of Med School.)