(Editor’s Note: This post originally appeared here on “The Other Half,” a blog by Angelic Rodgers dedicated to medical spouse experiences from the “other half”: Husbands, lesbians, and empty nesters (by choice or from the effects of time).

I don’t know of many things more stressful than interviewing for a job–whether it is for a match in a residency or a post-residency spot with a practice. As a working adult, I’ve had plenty of interviews in my own career. Here’s hoping that all of the recent match interviews and upcoming job interviews for my friends in the medical field are less stressful than the video.

Three years ago at this time, we were in limbo, waiting to hear about Dr. D’s match. While there were no real fears that she wouldn’t match somewhere, having our fate left largely up to computer algorithms was stressful. I went to only two of the ten or so interview dinners with her, and of course those dinners are really not that meaningful. Yes, you get to sit with residents who are in the programs you’ll interview with, but let’s face it–the residents who are already there have a limited say in the decisions and ranking made by the program directors.

We were lucky; while the program where Dr. D matched wasn’t her first choice, it should have been. We’ve been very happy here, and I was pretty hands off in the whole Match process. Our situation is such that there were no battles over school districts (we have no kids), nor were there any questions about my career. I’m lucky that I work online and am always mobile. All I need is an internet connection and an airport within a reasonable distance from the house.

We’re nearing the end of our third year and it’s time to cozy up to new interviewers. It is time for Dr. D to look for a job.

Much like with the Match process, I am hands-light (not really totally hands off, but I don’t try to drive the process). We know we’re going back to Arkansas, and I’m all too happy to look at real estate listings in the towns where there are openings in OB/GYN that fall within the population ranges that work for the scholarship obligation Dr. D has. There just aren’t that many spots that fit all of the criteria that we are following.

Our first impulse was to look a bit sideways at a job or two that have been open with listings for over a year. Once we talked about it, though, we realized a couple of key points–mainly that unlike the Match a real job search is influenced by more factors. There’s the fact that we aren’t looking to go to Little Rock or Fayetteville; I suspect most young doctors who want to practice in Arkansas probably do gravitate toward the more metropolitan (by comparison) cities in the state. So, it’s quite possible that the jobs she’s going to be applying for haven’t seen a lot of applications.

There’s also the issue of fit. As someone who has been in the same career field for 21 years (I taught my first real class–where I was the teacher of record and on my own–in January of 1995) and who has been on interview committees I know how important fit is. So, even among the candidates who have applied, apparently the fit hasn’t been there.

Anyway, I’m working on getting out of the mindset of the job search as a desperate scramble like the Match was. My mantra lately seems to be “I will not hyperventilate” when it comes to thinking about the next move. And, just as with medical school application and Match application, we’ve had the “so what happens if neither spot is a fit?”conversation. See why deep breathing exercises are important?

And, to those of you waiting to read where you matched (Rank Order List entry started Friday, January 15th. Match Day is set for March 18th) you try not to hyperventilate, too. On the bright side, you will be on auto-pilot during your residency years. As daunting as residency is, it’s that horrific and lovely middle space between the comfort of school and the terrors of a real job. 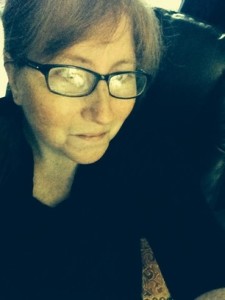 Angelic Rodgers is a writer with a day job, a PhD, and wife to an amazing MD who is in residency. You can read more about her and other articles from “The Other Half,” on her website.