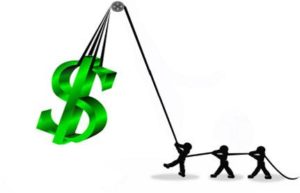 Becoming a doctor is a pricey endeavor. From med school tuition, to interview travel, to moving expenses, to examination fees, it is a long and expensive road. Doctors in training and their spouses are forever in search of ways to save money. No matter how you slice it, medical training will always be expensive, but here are some of my favorite money-saving tips for getting through the training years and beyond. 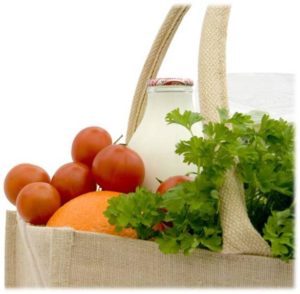 Food shopping and dining out can easily eat up a substantial portion of your budget. You have to eat (and if you’re like me, you also love to eat), but there are plenty of ways to trim the extra fat off the food budget. For me, the most helpful grocery shopping tip has been “know your prices.” Write them down if you have to. Try to memorize the price (at least approximately) of everything you buy. This will allow you to compare between stores, assess whether you’re getting a good deal, and stock up when you come across a good sale. I have “buy” prices for many items, and this really helps to keep my grocery bill down.

Meal planning (particularly meal planning around what’s on sale) can also save you a lot of money and can go a long way toward making sure that you buy only what you need and that what you buy doesn’t go bad. If you’re not a fan of that kind of rigidity, at least meal plan a few meals per week. I personally like to leave a little room for spontaneity, so I meal plan three or four meals per week and wing the rest.

Now, we all know that it’s cheaper to cook from scratch and eat at home, but let’s be real; sometimes, you just want someone else to make the food. For lazy nights, date nights, and I’m-craving-amazing-Indian-food-but-I-don’t-know-how-to-make-it nights, restaurants are the obvious solution. I don’t know what people did before Groupon and Amazon Local, but buying restaurant coupons is the easiest form of meal planning. Usually, you can’t use a restaurant Groupon the same day you buy it, but other than that, planning is pretty easy. Just make sure you read the fine print, and then go out and enjoy your 50% off meal. Saving money tastes so sweet.

Speaking of Groupons, don’t forget your coupons when you grocery shop. I save so much money with couponing, so let’s talk about this a little bit more… 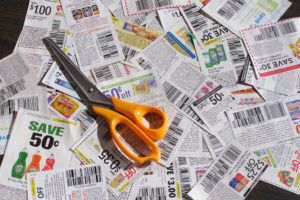 …or at least a moderate couponer. Or, even just use one coupon, and I promise, it’ll make you feel good. It can take some time to learn how to really maximize your coupons, but once you do, you’ll be well on your way to saving a ton of money. First, you need to get coupons (either by printing them, clipping them, or downloading them to your phone), then you need to organize them. You need to figure out a system that works for you. Next, take a look at your store’s weekly ad and figure out which items are on sale. Combine sales, manufacturers’ coupons and store coupons (the rules on how many coupons you can “stack” will vary from store to store), and look proudly at your receipt to see how much you’ve saved. Sounds like too much work to figure out the deals? Well, fortunately, there are plenty of bloggers who do the work for you. Just Google “coupon matchups” for whatever store you shop at, and you will have a little handy cheat sheet. You’re not going to get hundreds of dollars of groceries for 50 cents, like on Extreme Couponers, but you will save money, you will likely get some stuff for free, and now and then you can actually make a dollar or two through couponing.

We live in a very car-oriented society and we often assume that we need our own car, but sometimes we need to stand back and reassess whether two cars is a necessity or merely a convenience.

Sharing a car is obviously not possible for everyone. The quantity and quality of public transportation that’s available to you will be a major factor in your ability to share a car, as will the number of children you have, the hours that you work and how far you live from your workplace.

My husband and I shared a car all through his residency, despite living in a city where the public transportation was very minimal. We dropped each other off at work, and picked each other up, and on days when this was not possible, we’d do a combination of cabs, long inefficient bus rides, walking, and carpooling. It was decidedly less convenient to share a car and there were many days when we wished we had another one, but when we considered the cost of buying a car, insuring it, registering it, maintaining it etc., we felt that it simply wasn’t worth it.

4. Live off your current income…

…not your future income. Most physician families I know are quite thrifty. They live within their means, and do their best not to accrue more debt than absolutely necessary. That said, I have also encountered several physician families who live well beyond their means during training, with the mentality that “It’s ok. We’ll be rich soon”.

This is a BIG mistake for so many reasons. For, one, the “big bucks” may not be as big as you think when you hit attendinghood- taxes are higher, loans need to be repaid, retirement accounts need to be fed, and your salary may not be as high as you had expected.

Additionally, those who throw financial caution to the wind during training will likely have the same mentality as attendings, and will continue to live a lifestyle they can’t afford. I don’t have any statistics to support this theory, but it stands to reason that unless they get a reality check and make a conscious effort to make some major changes, history will surely repeat itself.

(To clarify, I’m not referring to those who accrue debt to pay for living expenses, I’m speaking specifically of those whose living expenses are on a, shall we say, grander scale.) 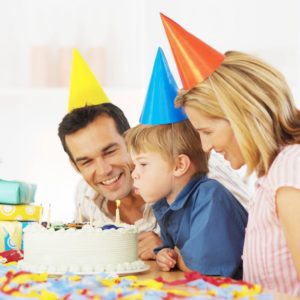 Most of us, no matter how poor, will splurge on something. Whether it’s airfare to visit family, occasional dining at restaurants, flowers for your spouse, a birthday gift for a son or daughter, organic strawberries, or an iPhone, we all have something that’s important to us to spend money on.

While we obviously shouldn’t splurge on everything, I think we need to be realistic and admit that there will always be “wants” and that sometimes we will give in to these “wants.” And that’s okay. As long as you prioritize your wants, and you and your spouse can communicate about what’s most important to you, the odd splurge shouldn’t throw you completely off course.

Being frugal is hard work, but if you communicate with your spouse, set realistic expectations, and develop healthy habits, living frugally will eventually become second nature (if it isn’t already).

What are your favorite money saving tips and tricks?

(Editor’s Note: This blog originally appeared August 13, 2014. We decided to republish it because saving $$$ is always a plus in physician families!)

Laura Ditkofsky was born and raised in Toronto, Canada and currently lives in Atlanta, Georgia with her husband and daughter. She has a background in social work, specifically mental health and addictions but also enjoys writing and blogging.