John Green, author of Paper Towns and The Fault in Our Stars, also does great videos on YouTube and I was not surprised at all to find that he’s the executive producer of Healthcare Triage. I suspect I’ll be devouring these.

The video above is a great overview of training hours. For those of you married to interns who are starting residency next month, such videos hopefully help you get a handle on what your intern is about to experience. Also, as we enter our final year of residency I have some suggestions for the incoming intern-widows.

It is the time of year when senior residents are in the process of packing up and moving to their new lives and jobs. Happily, this is our year–we’re headed to Future Town in a month. First, though, we have to get through boards and then we get to unwind and get to know each other again on a vacation.

This will be the first time in four years that we’ve been alone and off work.

As the year winds down, I’m sadly seeing some cries for help from spouses who feel invisible and unappreciated. Some are in counseling and some are beginning the divorce process. All of us are grieving the last however many years of training, even as we’re relieved that we’re at the end and that life will return to some new normal.

Transitions are hard no matter how wonderful they are.

For those of you beginning your role as the significant other of the zombies that are interns, here are some things to think about.

Realize that decisions you make together aren’t things you can resent your doctor spouse for later. In the first six months of residency you’re likely to become grouchy about things that really don’t matter. Maybe you decided together that one car during training is enough. You can’t then get mad about not having the car at your disposal because your Dr. Spouse is at work all the time.

Realize that decisions you make together aren’t things you can resent your doctor spouse for later. I repeat this because it also applies to things that very much DO matter. For instance, the decision to have children during residency is a major decision that you both made (unless there’s some story about a sperm bank or mistress pregnancy, of course). There are lots of reasons we chose not to have children as a couple before we started the medical journey, but at any points I considered it during training, I realized that in essence I would be a single parent. We do have pets and it’s clear that they rely on me in ways that they don’t rely on Dr. D. That’s just a fact of life. I cringe when I hear young doctor wives complain in support group settings that their spouses don’t change diapers or do the grunge work of parenting. I realize some of this is blowing off steam, but I think it’s worth mentioning to spouses and significant others of interns.

If you’re not a resident yourself, realize that you’re about to have a lonely few years. As you can guess from the hours discussed in the video above, you are going to have a lot of time on your hands. For many of you, you will also be dropped in a new town, and many of you may not be working. And even if you are working, it may be difficult to count on those work friends for full on support. For instance, we moved to a new city for residency, and I kept my job online. While I do have friends here after four years, I didn’t have a great support system that understood what I was going through. The other residents in Dr. D’s program are women who were involved with men (two married and one dating) during the four years we’ve been here; in addition to the spouses’ club being male-centered, I am a good 15-20 years older than those spouses. Whereas they all worked locally, my work is virtual, so there wasn’t that same level of support. And, I would assume that even for them that they had comfort in shared experience with the other resident spouses that I didn’t have due to the gender and age differences. Luckily, one of the friends I have here is familiar with physician training and the type of schedules. But realize that it’s hard for other people to understand what you’re going through and what your doctor spouse is going through. It’s a lonely experience in a particular way.

Pay for things you normally wouldn’t. Let some things go.  My life got a lot easier when I started doing things like Organics Door-to-Door, and I’m currently enjoying Blue Apron. Consider outsourcing things like mowing the lawn, cleaning the house, grocery shopping. You don’t have to do everything yourself, and residency has a way of putting a lot of things on your plate. If you found your load heavy when your now-intern was in medical school, start now thinking about ways you can give yourself a break. While you may think you don’t have the money, in some cases it’s actually cheaper to use some of these services.

Set it and forget it.  One of the things I’m doing now that I wish I’d done earlier is to set up auto-payments on things like credit cards so that the minimum payment is covered automatically. I did this just recently because we’re moving in a month and I didn’t want a payment to go late while we’re traveling and moving. You can pay extra on your own time, but there’s comfort knowing you won’t miss a date. You can also pay a utility bill twice now and again–I’ve done this accidentally before, but did it intentionally this month to ensure those are taken care of while things are chaotic. Most utility companies welcome auto-pay.

Start dating.  By this, I mean each other. It can be hard to do, especially when money is tight, but we instituted “F It Friday” back in medical school and tried to keep it going during residency–at least on non-call Fridays. Go out to dinner. Try to catch up–try not to talk about work (this goes for both of you!).

Join support groups.  There are lots of Facebook groups available which can help a great deal.  Nurturing Medical Marriages with Kim Blackham, LMFT is a great one. There are also more local groups–they are great for talking things out with folks who understand. 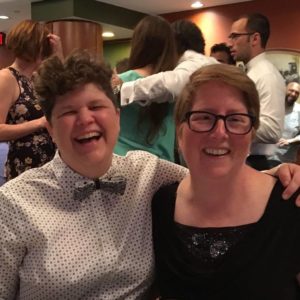 Angelic Rodgers and Dani Cothern, who just finished her OB-GYN residency at the University of Kansas Medical Center, are on their way to the next stage of their Journey of Medicine. Angelic also serves as the Program Director of English for Baker College Online & Professional Services based in Flint, Michigan. This blog was originally published on Angelic’s blog, The Other Half, at http://www.angelicrodgers.com/the-other-half.

2 thoughts on “Welcome to Resident Widowhood” 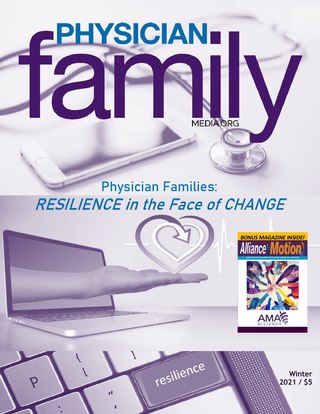